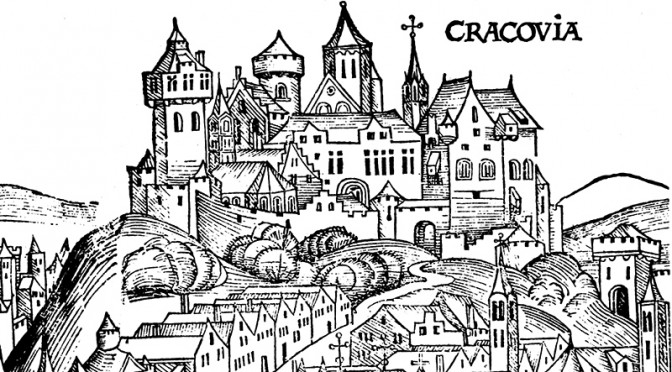 The Nowodworski Secondary School was founded in Cracow in 1588 on all the strength of the Jagiellonian University Senate resolution. The aim of the school was to prepare boys for higher education at the university. In 1617 and 1619 funds were given to the school by Bartlomiej Nowodworski, a knight of the Order of Malta. This is why the Maltese Cross became the school’s emblem and now every student receives it at the graduation ceremony.

In 1928 the school was named after Bartlomiej Nowodworski. The school always enjoyed a reputation of being one of the best schools not only in Cracow, but in the whole of Poland. Many famous people graduated from it – among them the King of Poland Jan III Sobieski. The school was first located where Collegium Novum, the main building of the Jagiellonian University is now located.

Jan Sobieski III (1629-1696)
Polish King, the famous defender of Europe in the Battle of Vienna (against the Ottoman Empire) in 1683

Jan Sniadecki (1756-1830)
Scientist of the Polish Enlightenment, rector of the Imperial University of Vilnius and director of astronomical observatories at Kraków and Vilnius.

Jedrzej Sniadecki (1768-1838)
Chemist, doctor, biologist, philosopher, one of the main organizers and head of the recently-created Wilno Medical-Surgical Academy.

Jozef Bem (1794-1850)
Independence fighter, Polish general, an Ottoman Pasha and a national hero of Poland and Hungary. Bem fought outside Poland’s borders for the future of Poland.

Joseph Conrad (1857-1924)
Polish-born English author and master mariner. Conrad is regarded as one of the great novelists in English. While some of his works have a strain of romanticism, he is viewed as a precursor of modernist literature.

Jan Matejko (1838-1893)
Polish painter known for paintings of notable historical Polish political and military events. He is counted among the most famous Polish painters.

Tadeusz Boy-Zelenski (1874-1941)
Polish stage writer, poet, critic above all, and translator of over 100 French literary classics into Polish. He was a physician by profession.

Stefan Banach (1892-1945)
Polish mathematician who is generally considered to have been one of the 20th century’s most important and influential mathematicians. His major work was the 1932 book, Théorie des opérations linéaires (Theory of Linear Operations), the first monograph on the general theory of functional analysis.