Life of King Jan III Sobieski is a prime example  of the benefits of  study abroad and learning culture of other nations.

King Jan III Sobieski (1629 –1696) was one of the most notable monarchs of the Polish-Lithuanian Commonwealth, from 1674 until his death, as the King of Poland and Grand Duke of Lithuania. Sobieski s 22-year-reign was marked by a period of the Commonwealth s stabilization, much needed after the turmoil of the Deluge and Khmelnitsky Uprising. Popular among his subjects, he was also a brilliant military commander, most famous for the victory over the Turks in the 1683 Battle of Vienna

For his victories over the Ottoman Empire, he was dubbed by the Turks the Lion of Lechistan. Sobieski graduated from the Nowodworski Secondary School in Kraków, the oldest in Poland, and the cradle of the Nowodworski Foundation. After finishing his studies at the Jagiellonian University Jan left for Western Europe, where he spent years studying and traveling. During that time he met major political figures: Louis II de Bourbon, Charles II of England and William II, Prince of Orange, he also learned French, German, Italian, Turkish and Latin. This proved to be vital during his later military career. He sponsored arts and architecture. In literature he was recognizedfor love letters written to his wife Marysienka, Marie Casimire Louise de La Grange d’Arquien.

Andrew Pitynski, medal creator, is also an author of numerous sculptures for public monuments in the United States and Poland. A recipient of various honors and awards, during an interview he replied to a question on the role of monuments in life: a monument is an expressive symbol. A good one, looked at for even a few minutes will remain in memory for years or even for one’s entire lifetime. Monuments are the milestones in a nation’s history – they will not allow other systems and governments to destroy the core values of a national culture. 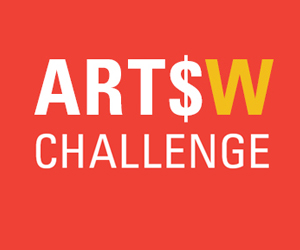