Polish-American educator, and the current President of the
Polish Supplementary School Council of America Inc. 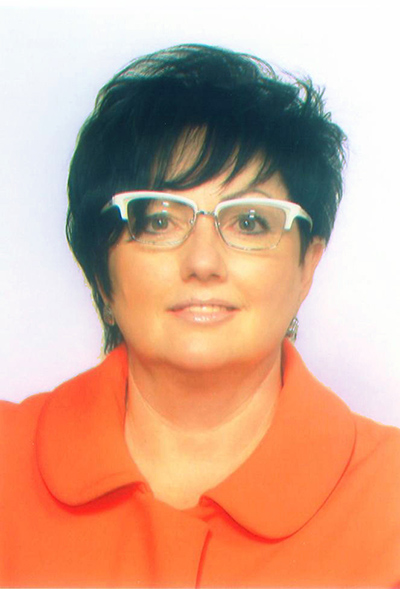 King Jan III Sobieski Award, designated for person and organization who have exceptional impact in building strong Polish-American relations. We recognize Polish Supplementary School Council of America, Inc. for exceptional service to Polonia community in providing Polish language and culture education since 1925 to scores of children in the United States of America and Dr Dorota Andraka for strong character, commitment to the Polish cause, and swift actions to strengthen the Council in recent years. In addition, Dr Andraka has championed outreach among Polonia population and has reached to the whole community of Americans of Polish descent. Her leadership has made a special impact in strengthening Polish-American relations bringing them to a new level.

Dr Dorota Andraka became the Deputy President of the Polish Supplementary School Council of America in 2003.Since 2005, she has been the President of the organization. Her broad experience in education and management has helped her to manage 75 schools with 10,000 students and 800 teachers on the East Coast. During her term she organized conventions for the Polish supplementary schools teachers and parents committees with renowned professors from Maria Curie-Skłodowska University, Jagiellonian University of Kraków, University of Warsaw, Pedagogical University of Kraków and the Teacher’s Development Center of Lublin.

In 2007, as the neighborhood’s Grand Marshall, Dorota Andraka led the Greenpoint community along New York’s famous Fifth Avenue during the annual Pulaski Day Parade. Andraka was appointed to the Program Experts Council by the Minister of National Education in 2008, and two years later to the Polonia Education Council. The Consul
General of the Republic of Poland in New York in 2010 nominated her to work in the Committee of the “Outstanding Poles of the USA” competition. Since 2010 she has also worked in the Polish-American Education Council.