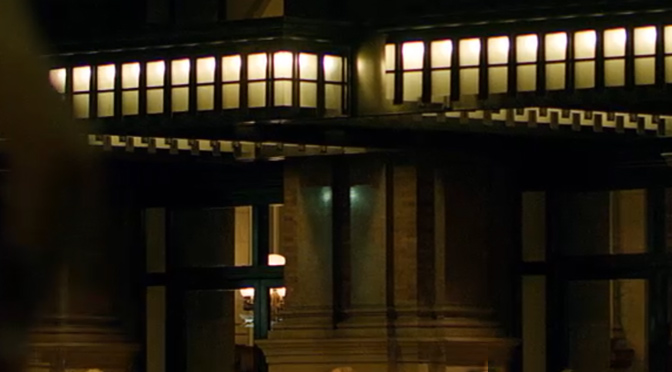 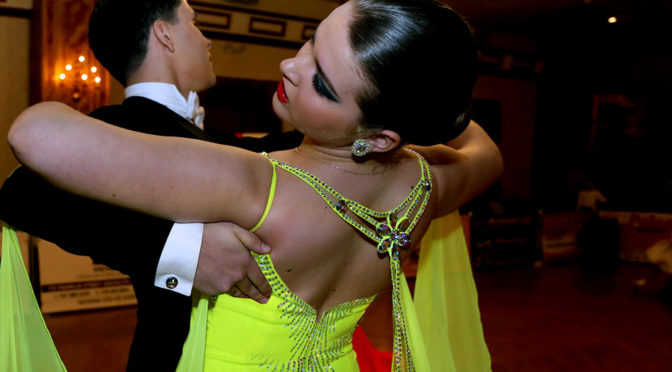 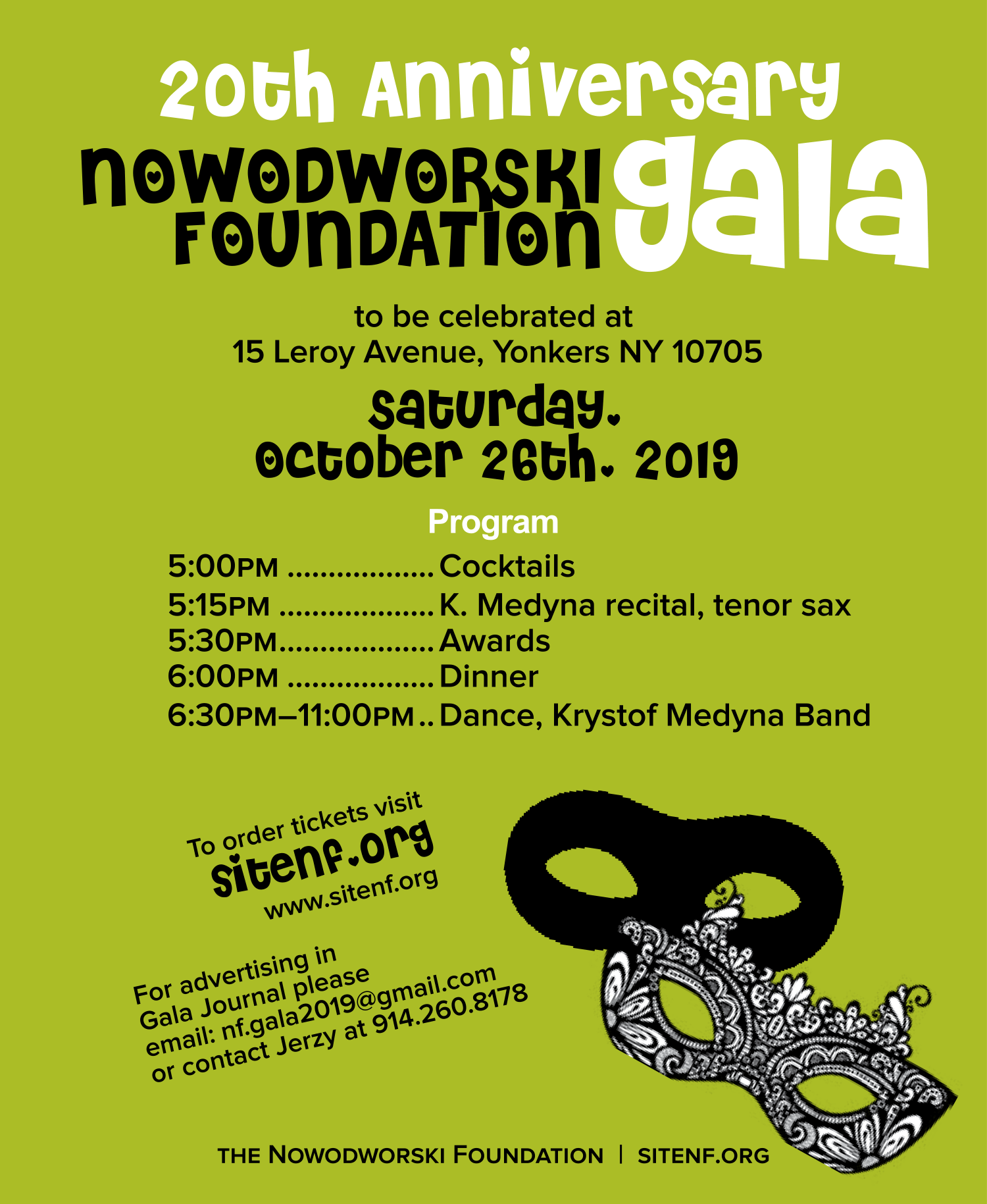 Culture, Arts, Science and Technology
all together form the foundation of our future
and success for young generation.
Join our team at sitenf.org 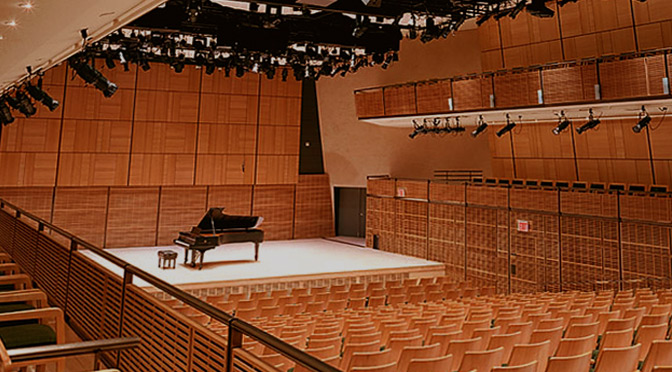 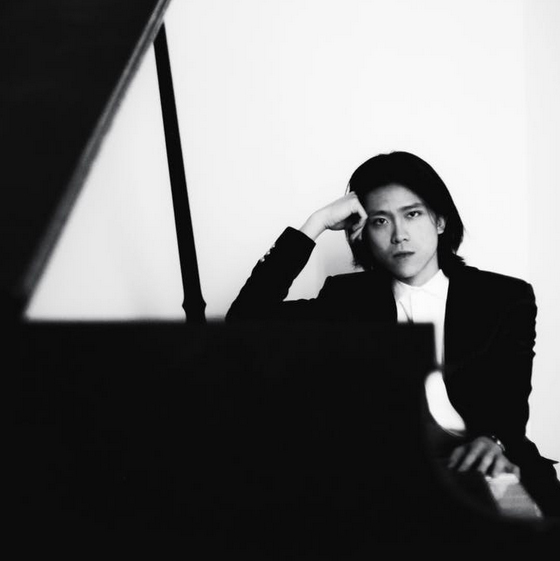 Cong Bi is a Chinese pianist currently residing in the United States. Invited by the Paulus Hook Music Foundation in the United States, Mr. Bi presents a solo piano recital in celebration of the 40th anniversary of the establishment of Sino-US diplomatic relations.

Discovering the true elegance, and beauty of music, Cong Bi is a young Chinese pianist residing in the United States. A dedicated, professional musician, Maestro Conductor Yu Long found his piano-playing very handsome. Juilliard professor Robert McDonald had described Cong as “an extremely talented and promising pianist. Ilya Hampus, a professor at the Cologne Conservatory in Germany, once commented, He is very charming, with tremendous talent. I sincerely enjoy his performance, his music and sound are both wonderful.In 2019, invited by the Paulus Hook Music Foundation in the United States, Cong prepares to premiere a piano solo recital at the world-famous Carnegie Hall in New York. This performance is in celebration of the 40th anniversary of the establishment of Sino-US diplomatic relations. 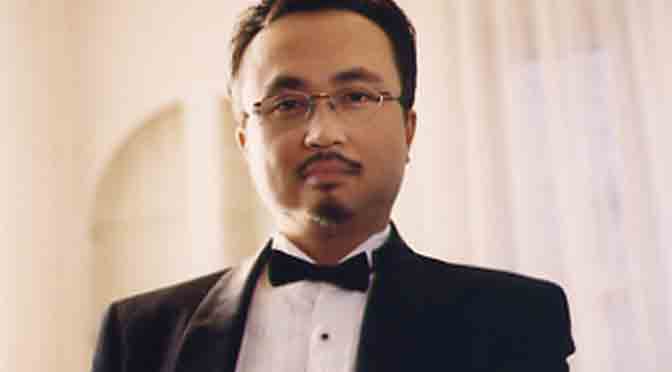 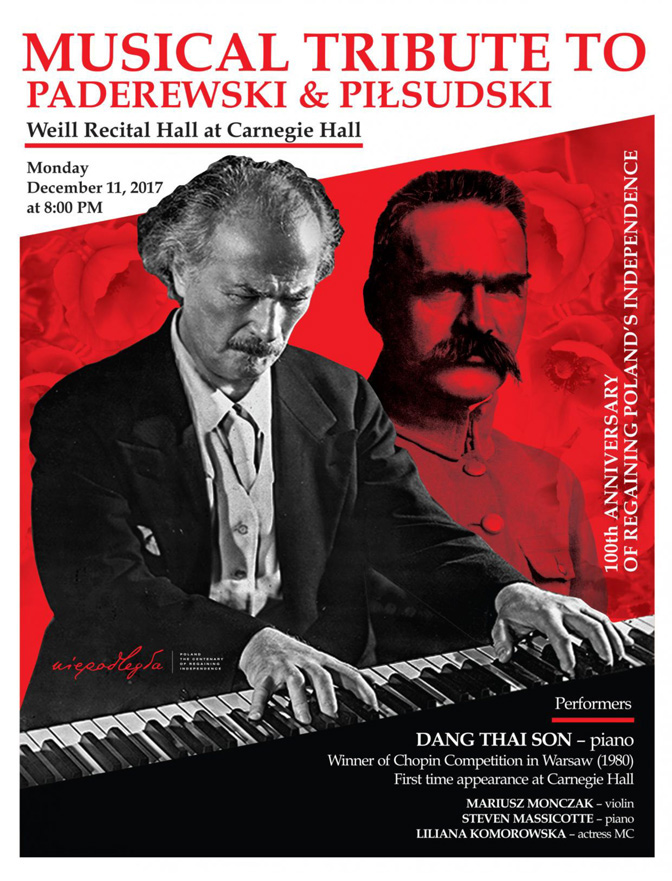 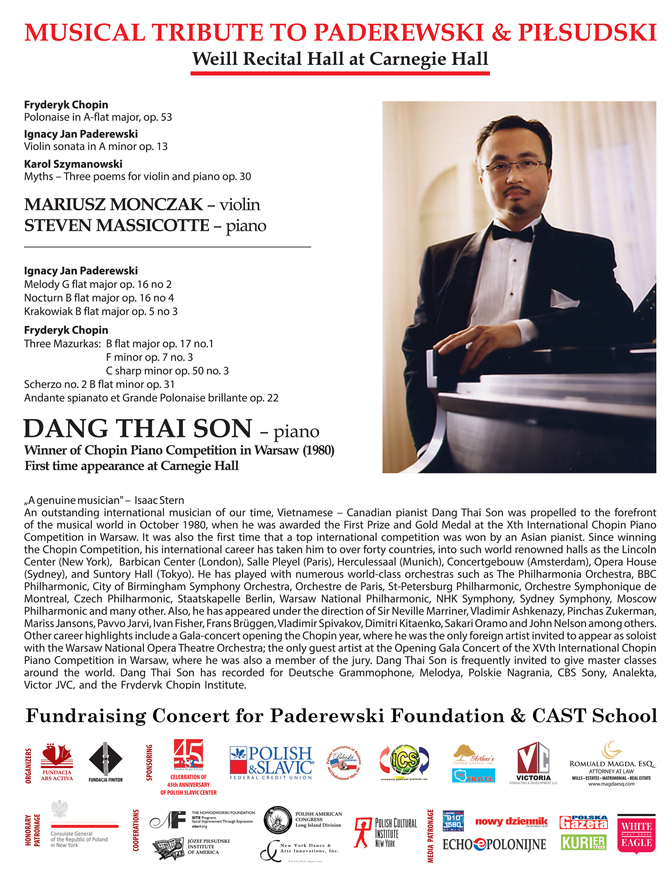 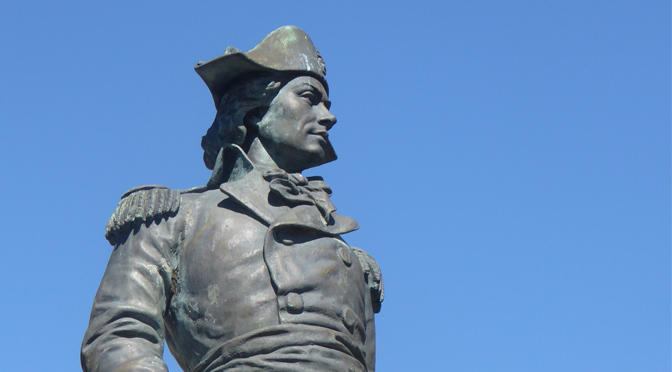 You are invited to attend Kosciuszko Gala Concert on Sunday, November 19 at 7:30 p.m. at the Weill Recital Hall at the Carnegie Hall. The Concert  is organized by Ars Activa Foundation and is held under the honorary patronage of Deputy Prime Minister of Poland , Minister of Culture and National Heritage Piotr Glinski. The concert will feature works by most prominent Polish composers including the New York premiere of Polonaise Metamorphoses on the theme by Tadeusz Kosciuszko for violin, viola and string orchestra.

To purchase a ticket click the image below or HERE 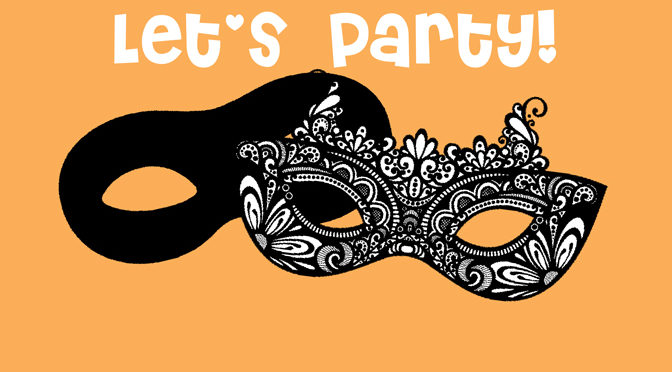 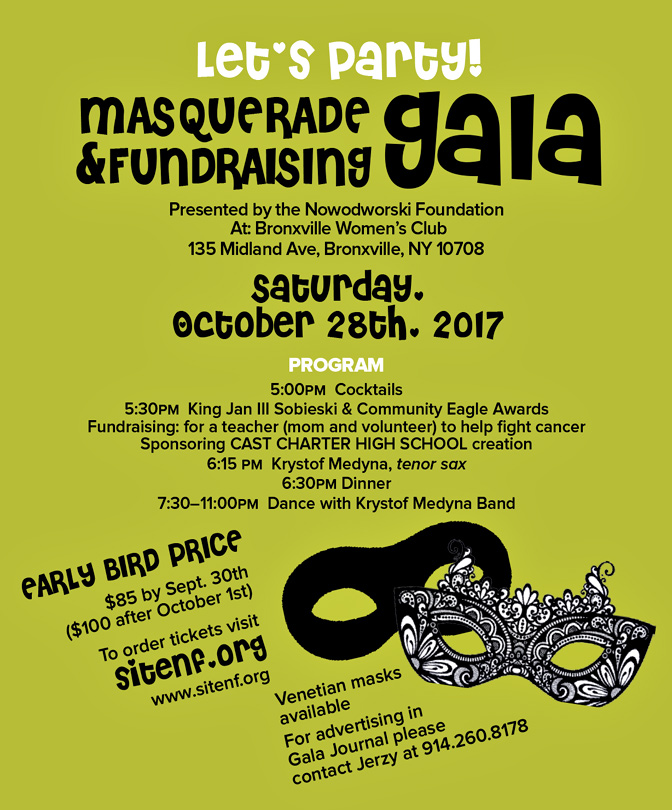 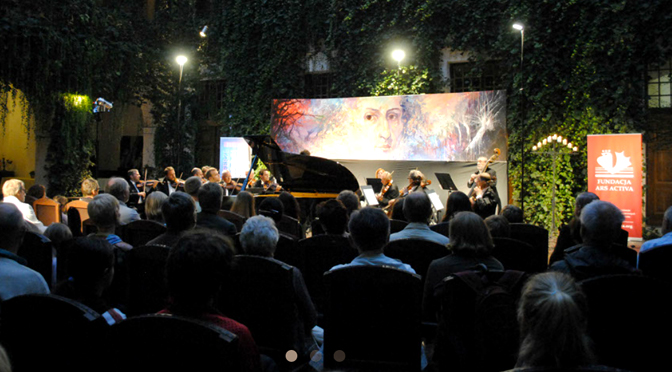 The year 2017 marks the 200th anniversary of the death of Tadeusz Kościuszko. It is one of the anniversaries, covered world-wide by the patronage of UNESCO and an excellent opportunity to commemorate this outstanding figure of Polish culture and history. 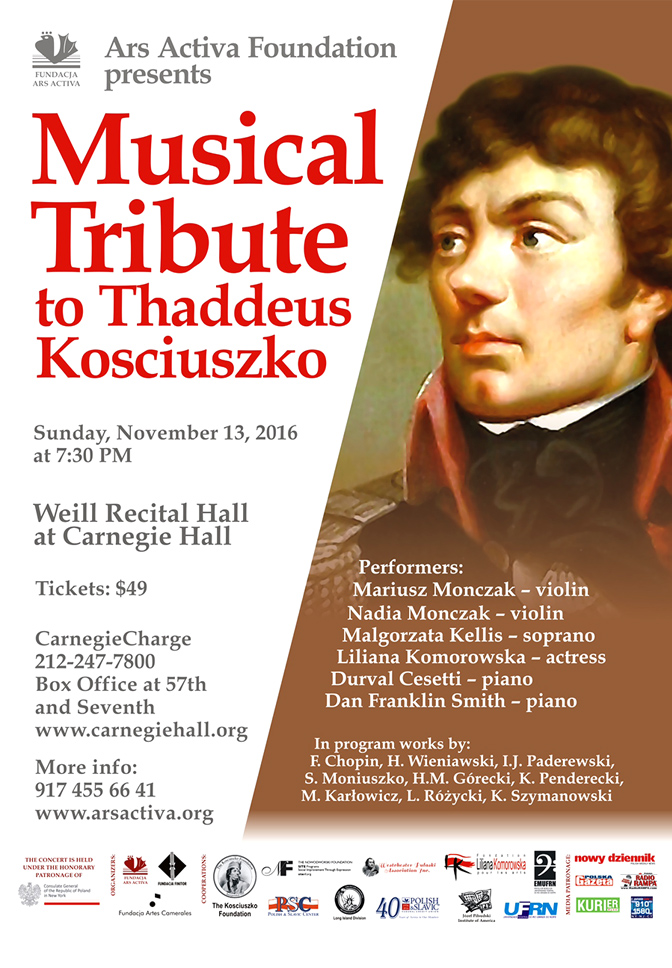 New York, the cultural capital of the United States, is an ideal place to start the celebrations of this 200th Anniversary, and to honor Tadeusz Kosciuszko, “hero of two nations”, Polish and American. The concert will take place on Sunday November 13th 2016 at 7:30pm in the Weill Recital Hall at Carnegie Hall. 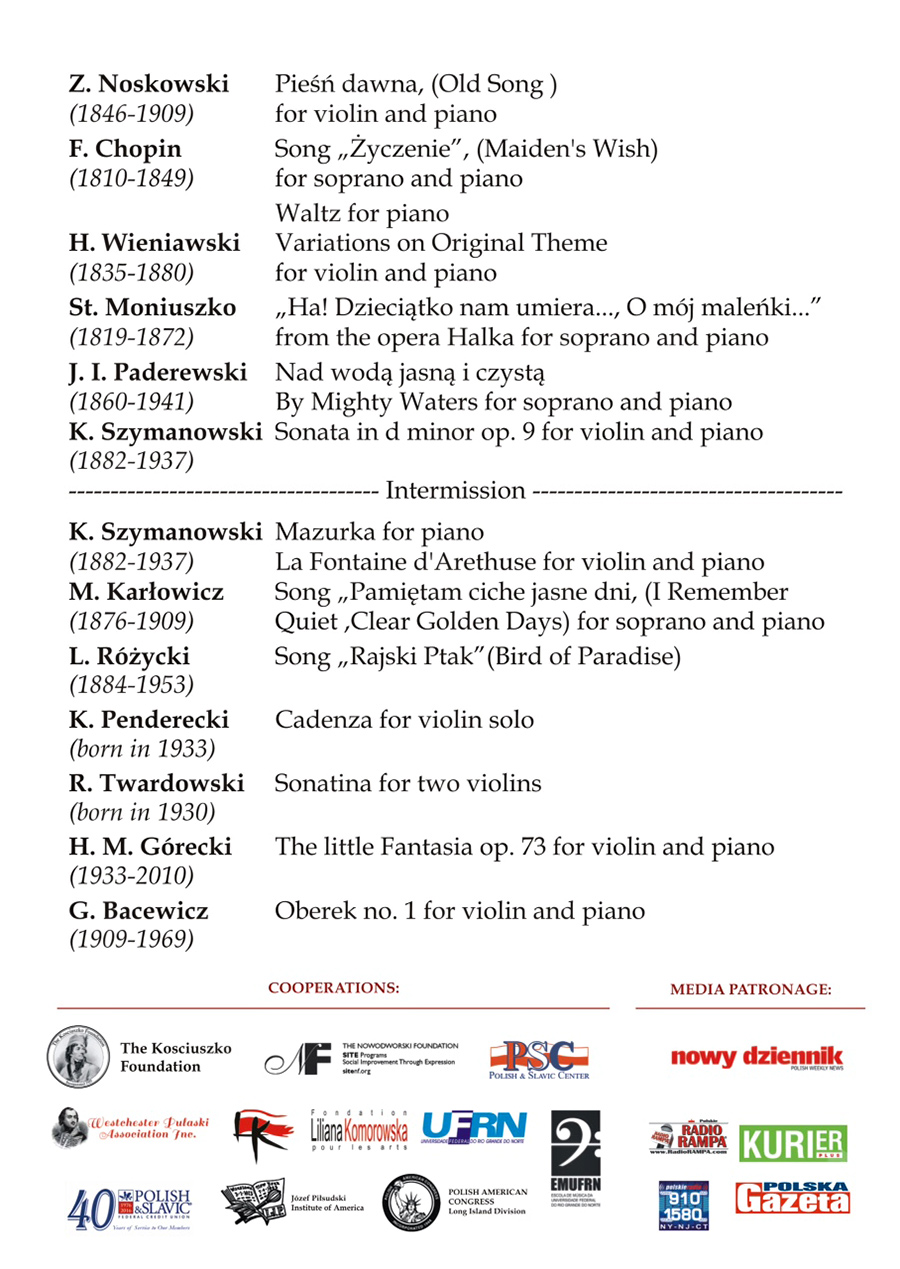 The program will showcase some of the most beautiful chamber music written by 12 Polish composers, from Fryderyk Chopin to Krzysztof Penderecki. It will be a unique opportunity, to hear works by F. Chopin, St. Moniuszko, I.J. Paderewski, H. Wieniawski, M. Karłowicz, Z. Noskowski, K. Szymanowski, L. Różycki, G. Bacewicz, R. Twardowski, H.M. Górecki, W Kilar i K. Penderecki, all in one evening. The performers of this concert will be Polish, American, Canadian and Brazilian musicians (e: Mariusz Monczak and Nadia Monczak – violin;  Małgorzata Kellis – soprano; and pianists Durval Cesetti and Dan Smith. The concert will be hosted by actress Liliana Komorowska.The concert is held under the honorary patronage of the Consulate General of Poland in New York. The partners, in the realization of this project are the Kosciuszko Foundation, the Nowodworski Foundation  and the Westchester Pułaski Association. 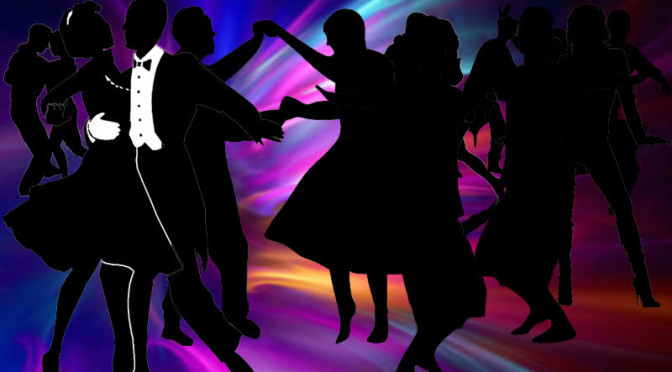 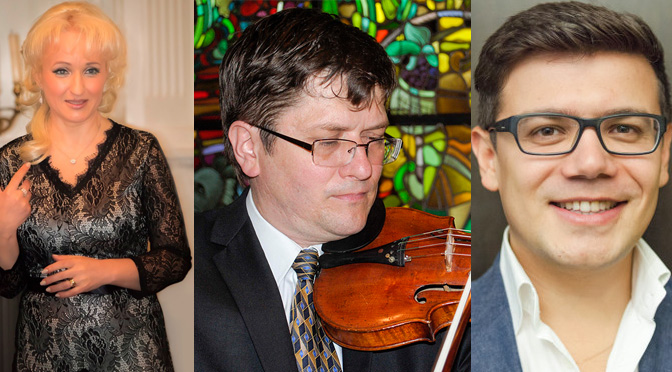 WOW! Join us Sunday,  April 10th for a rare opportunity to enjoy the music of the world-class singer and musicians at St. Casimir Church.